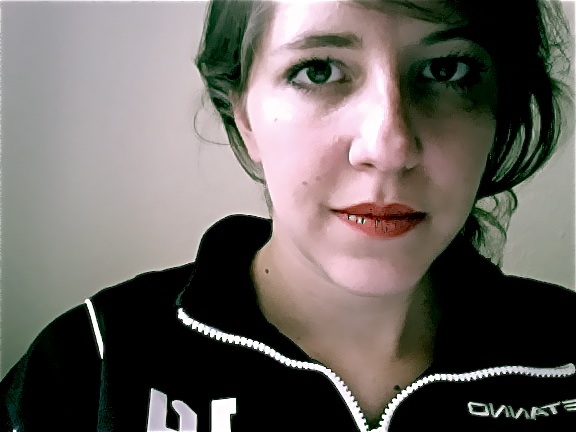 Laura Jakschas is born in Schleswig Holstein, Northern Germany. After graduating from Highschool she takes up a study of macroeconomics in Kiel,

then turns to acting school at Schauspielstudio Frese in Hamburg. After the programme, she is offered a job as an actress at Landesbühne Niedersachsen Nord.

From 2010 she takes up another study in directing theatre at the Hochschule für Musik und Theater Hamburg. She finishes the course, directing Die Weber by Gerhard Hauptmann at Kampnagel Hamburg and holds a Bachelor of Arts. Invited to direct Du wurdest ausgewählt! by young playwright Paul Bullinger at Spieltriebe Festival 2013 at Theater Osnabrück which is announced the best production of the festivals edition by Neue Osnabrücker Zeitung, she continues working for Theater Osnabrück as well as Landesbühne Niedersachsen Nord, Theater Lüneburg/Theater zur weiten Welt and Theater an der Glocksee Hannover. She also collaborates with composer Jerzy Bielski on experimental musictheatre. Their production (not only) futurists in 2015 wins the Dioraphte Award of Amsterdam Fringe Festival and is invited to the National Arts Festival 2016 in South Africa. Their next project to come is called Breaking the codes - the Zamenhof Project for Gaudeamus Muziek Week 2019. Laura also collaborates with a dance collective in Groningen and funded her own company RADIX Art Productions working on installations for art and music festivals. (Besides her artistic work she coordinates the drama studies at HfMT Hamburg where she is also part of a research group of an international programme).

She is directing "Wartesaal der Träume".